Controlling the media is a common first step in preparation for war.

I don’t generally like to post this type of material within this section of my site but regarding this issue, I will make an exception. The Royal Bank of Scotland which is now mostly own by the UK government since it was forced to step in during the 2008 banking crises has just informed RT that it will no longer cater to its banking needs. No reason was given nor way of appeal. 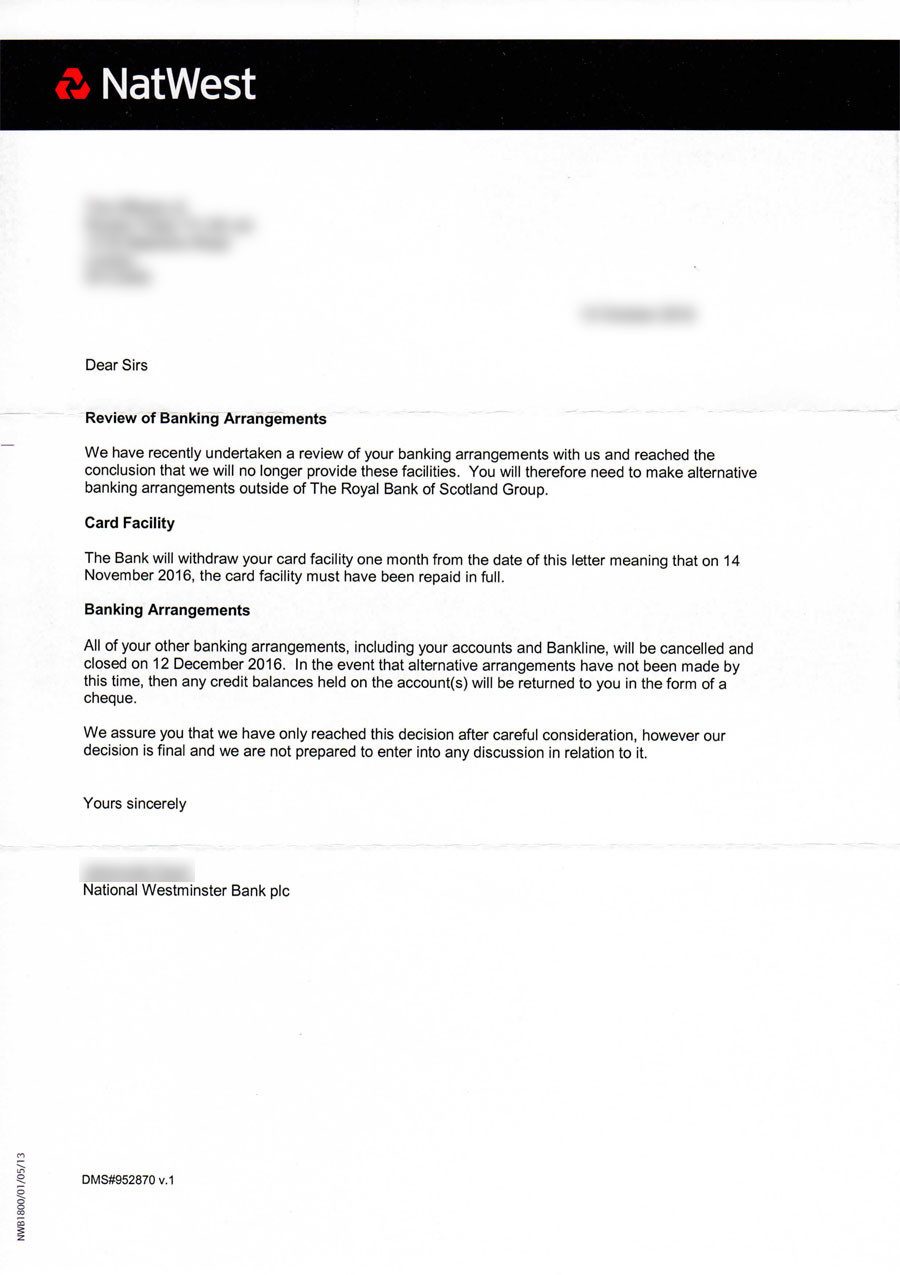 Natwest is part of The Royal Back of Scotland Group.

If you the reader are totally ignorant of the fact that we are now closer to a possible nuclear exchange with Russia than at any other period since the break-up of the Soviet Union, and I would suggest... than much of the Cold War then it is because you have relied on a biased Western Media that now spans roughly 90 percent of the globe and has been spoon feeding you that which favours their agenda.

Often, here in the West we are led to believe that our governments actually care for and that the Russian leadership couldn’t care less for its own citizenship. But knowing that a nuclear exchange is more than possible at this time we discover that it is Russia and not the West who are making preparations to protect their citizens.

The US leaders seem to be disconnected from reality.

The current situation in Syria is tentative, no one really knows which way it is going to go yet in my humble opinion, it is unlikely that the those being driven by the spirit of antichrist to form a New World Order for that man of sin to inherit at his appearing can stop pushing that agenda. And from the Russia angle, if they back down and allow Saudi to feed all of Europe with its oil through planned pipelines, Russia is finished.

However, the spirit of antichrist works like a bower constrictor. For when it is prevented from moving forward in one position it will give a little before holding while at the same time applying pressing elsewhere. This method can be a time consuming but it works. However the question is ‘How much more time does the serpent think he has?’ For he must have his New Authoritative World Order in place and up and running before he has been cast out if he has any chance at all of attempting his survival plan

Putin seen here desperately trying to persuade Western Journalists to inform the West
public of the imminent threat of a third World War, but they just aren’t interested.

Revelation 12:7-9
7 - And there was war in heaven: Michael and his angels fought against the dragon; and the dragon fought and his angels,
8 - And prevailed not; neither was their place found any more in heaven.
9 - And the great dragon was cast out, that old serpent, called the Devil, and Satan, which deceiveth the whole world: he was cast out into the earth, and his angels were cast out with him.

One of the main assets that we know Russia has its S-500 missile system, and if as many believe the United States is Mystery Babylon then the US might very well be in for a surprise.

Jeremiah 50:9
For, lo, I will raise and cause to come up against Babylon an assembly of great nations from the north country: and they shall set themselves in array against her; from thence she shall be taken: their arrows shall be as of a mighty expert man; none shall return in vain.

And with the US out of the way and the earthly political system returned to the the Old World as if was in the sixty ninth week of Daniel, the final seventieth Week [Seven years] should follow wherein are horrors never before seen since there was a nation on earth.

RT chief Ms Simonyan said the closure included the personal accounts of some senior staff working in the UK.

There have never been any complaints in this regard at all. “They have failed to defeat us by simply vilifying us, by picking on our broadcast, so they decided to try the banking flank: ‘Try broadcasting when all your accounts have been closed.’ Yet we will try.”
- Quote from the BBC Article above.

Obviously, unable to find any legitimate reason for silencing RT, in their frustration they simply decided to pull their bank accounts in an attempt to prevent them from funding their UK operations. As with Hitler and other fascist regimes such as the coming socialists New World Order, their biased control of all media will apply to everyone even to the point of censoring tiny little sites like my own.

Russia orders all officials to fly home any relatives living abroad, as tensions mount over the prospect of a global war.
- Article by The Daily Mail.

Politicians and high-ranking figures are said to have received a warning from president Vladimir Putin to bring their loved-ones home to the ‘Motherland’, according to local media.
- Quote from the above article.